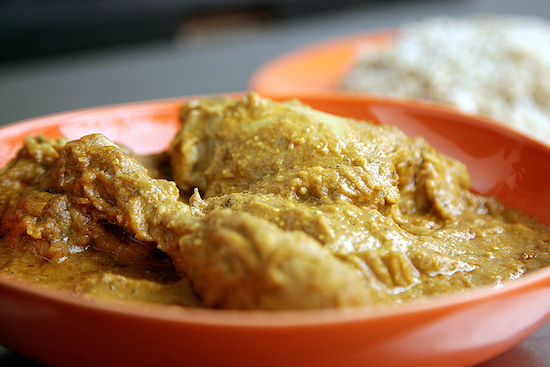 Hooray! We have moved. I am now the proud part owner of a veritable mansion. So what if I have to survive on plain rice and potatoes for the rest of my life? Of course, that's if the heating works and I don't die of hypothermia first. It's been a while since we last moved. And two kids in tow certainly upped the ante somewhat. I have learnt three important lessons through this terrifying and traumatic experience: builders are best avoided, trainers do have their uses and housewarming guests can get you dangerously drunk! Two weeks of 25-cent tours later, the brother-in-law declared that I hadn't cooked a proper curry yet. The Kheema Pulao I was religiously perfecting clearly didn't count... so I planned a mini feast for us in my swanky kitchen. I was there, fabulous in the matt grey perfection, wall-to-wall appliances behind me, oversized cooker in front of me, shower cap on top of me, when I realised I had no salt and no sunflower oil. Some things really don't change. I found some salt in a shaker somewhere. But oil? This was terrible! Can't cook in ghee as it's too fatty. Sesame seed oil would be plain wrong. And Argan oil just awful. The boys took swipes at the "published cookbook author", while I reached shakily for the olive oil in the dastardly new pull out larder. Those of you who know me will know that cooking Indian food with olive oil is one of my biggest no nos. Very hip in some parts. But frankly, too full of flavour, too expensive and too wrong. Left without an option, I valiantly carried on. And the recipe title gave me hope - Chicken Pasanda, or literally, chicken how you like it. This is a rich and mild curry where the chicken is stewed in its own juices. Perfect for a cosy evening in. Best of all? The olive oil was hardly noticeable. Like the Big house move, I'm not sure I'd do the Olive Oil thing again though!

Chop the onion, ginger and garlic into little pieces. Bring the oil to heat on high in a large pot. When it’s hot, add the cinnamon, bay leaves, coriander and cumin. As they sizzle up, throw in the onion, ginger, garlic. Fry for about 10 minutes until the masala is golden brown.

Next, add the turmeric powder, chop the tomatoes and add them in stirring furiously. Fry this mixture for about five minutes, adding half a cup of warm water if it the masala starts getting stuck to the bottom of the pot. Then spoon in the yoghurt, give it a good mix, lower the heat to a medium and wait two minutes or so until little oily holes start appearing on the surface of the masala.

When this happens, the quickest thing to do it to fish out the bay leaf and cinnamon, take a hand blender and go straight into the pot and puree the rest of the ingredients into a smooth paste. Don’t worry about the bits of cumin and coriander seeds – you will hardly clock them in the end result.

When you have a creamy orange curry base, add in the chicken pieces, whack the heat up again to high and stir viciously to brown the meat. The curry might splatter a bit, but it will all be worth it in the end. When the chicken pieces are white all over,mix in the ground almond, lower the heat to medium again and cook covered for half an hour, stirring every five minutes or so until the meat separates from the bones on the chicken legs.