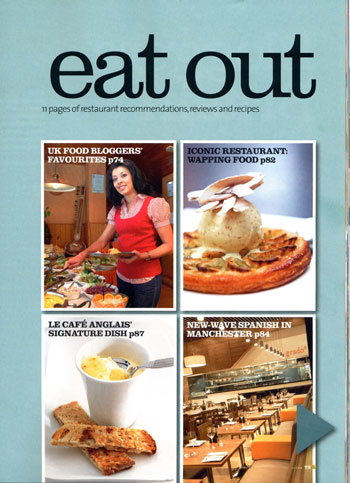 We were at the Mirch Masala restaurant Sunday buffet. Two blonde, bearded uncles. Aunt Madge, fresh off a congested motorway. And me with my quasi Urdu and gora husband.

As we settled into our crisp onion bhajis, I let out a gasp. I had suddenly remembered my recent brush with international foodie fame and fortune.

I’m in Olive, I declared with a flourish.

Great. Only, like, the best food magazine published by the BBC. Read by a gazillion people, none of whom I actually know.

They asked me about my favourite cheap eat in London – the Â£6.95 eat as much as you want lunch buffet at Diwana Bhelpuri House in Euston. But if you’re not in London, this information is about as useful to you as your local weather to me.

So here are my top tips for spotting a really good Indian buffet instead: