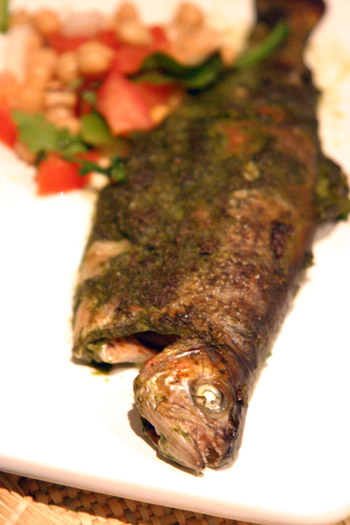 I am still recovering. One Sunday and three hectic work days later.

Alarm bells should have gone off when I read about the clientele “comprising of [sic] local Chelsea socialites and fashionable 20 / 30-somethings from surrounding media, production and design companies”.

But there we were. Asian Invasion 2007 of a bunch of under age, middle class toffs in the sans public transport wilderness that is Fulham, South West London. With a handful of French, Israeli and English party going friends thrown in for good measure.

Just as the night of lychee-mojito-drinking and outrageous dancing was drawing to a close, the manager decided to have a strong word with me. It was about the bad image I was portraying by resting my aching legs on the table 15 minutes before closing time.

Bad image? Mate – look around you. There are men and woman being sick and falling on their faces all over the dance floor! This is a nightclub, not a temple…

The following day, as I lifted the rock that was previously my head – I realised two things. 1) I am too old for this and 2) I need some serious TLC to get my body back from the brink.

So I did what I hardly ever do. I cooked fish. A whole rainbow trout – complete with head, fins and eyes. The healing power of oily fish needs no introduction and this delicious recipe takes barely 25 minutes from start to finish.

We made some channa salad on the side and ate most of it for dinner, saving some for leafy salad lunch at work the next day. It was heavenly and just what the doctor ordered. You may need to save this one for when recovery is of the essence.

Preheat the grill to a medium heat.

In a blender, puree all the ingredients together bar the fish. Coat the fish evenly with the thick green masala and grill for 10 minutes on either side.