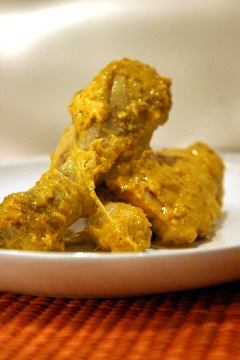 I have been temporarily distracted from the theme of cooking from cookbooks by a trip to visit my littlest sister at University of Warwick.

She is soon to be a bona fide Bollywood starlet with a coveted film role alongside some really great actors. I could name them, but then I’d have to come after you with a gun and a shovel.

She’s busy doing what young startlets do, i.e. dieting! While she sat sipping her mineral water, hubby and I had a walk down memory lane in the student bar – home to pre-pubescent boys and hormonal girls.

Those were the days…

I noticed some things will never change with university life. The desperate note on the kitchen door begging for cleanliness, boxers and knickers drying on radiators and endless conversations about who is sleeping with whom.

But some things definitely have. Sis’s university fridge is full of fresh vegetables and soya milk. They have a banking and finance society. And her friends already have jobs lined up for when they graduate in September this year.

My sister’s gorgeous half Indian, half English friend sheepishly admitted to not cooking anything from this site. I promised her a super easy, Indian chicken dish that would give them a break from vegetable soup (chuck everything in, boil until mush and consume) and grilled chicken.

The ingredients are limited to cumin, turmeric and chilli powder. Only because those were the spices I bought for my sis when I was up there so I know they are in the kitchen.

I threw in some yoghurt for good measure. The garam masala is optional, but I did add it and it was the perfect antidote to the sour yoghurt.

I also happen to know that the girlies don’t have a pot. But worry not ladies, your battered frying pan will do.

There are no excuses. The pressure is on.


This recipe serves 3 hungry students or any other lazy beings:

Chuck the yoghurt, turmeric, chilli and some salt into a large mixing bowl. Make deep sideways slashes in the chicken and add to the bowl, mixing in the spices and yoghurt.

Heat the oil and when hot, add the cumin seeds. When they sizzle and you can smell them, add in the chicken along with its marinade.

Keep the flame on a medium heat and keep turning the chicken over until it is cooked. You may have to keep adding a little water to make sure the masala doesn’t stick to the bottom of the pan.

When it’s ready, the chicken insides will be all white. If you’re using garam masala powder, sprinkle it just before you take the chicken off the flame.

Add salt if necessary and enjoy with salad.

13 responses to “Saving our students”